COMMA: International Conference on Computational Models of Argument
Conference series organized since 2006
ARG-tech members have contributed to the steering committee of COMMA, co-hosted COMMA 2014, and initiated the COMMA Summer School on Argumentation, and continue to support both the organisation and success of this conference series.

Workshop series organized since 2004
ARG-tech participates in the organization of the series of ArgMAS workshops. The workshop series is concerned with the use of the concepts, theories, methodologies, and computational models of argumentation in building autonomous agents and multi-agent systems. In particular, the workshop aims at bridging the gap between the vast amount of work on argumentation theory and the practical needs of multi-agent systems research. The workshop series is held in conjunction with the AAMAS conference series (International Conferences on Autonomous Agents and Multiagent Systems).

Workshop series organized since 2001
From its inception in 2001 until 2014, ARG-tech contributed to the organization of the series of CMNA workshops, and still continues to support its activities. It is co-­‐located with the International Joint Conferences on Artificial Intelligence (IJCAI), European Conference on Artificial Intelligence (ECAI) and the International Conference on Artificial Intelligence and Law (ICAIL). The series, since its inception in 2001, has been acting to nurture and provide succor to the ever growing community working in “Argument and Computation”. CMNA keeps a broad, interdisciplinary emphasis on natural (real) arguments and the computational tools and techniques for modelling, manipulating and exploiting them.

Third Workshop on Argumentation Mining
12 August 2016, ACL 2016 Berlin, Germany
The goal of this workshop is to build upon the success of the first two workshops at ACL 2014 and NAACL 2015 focused on argument mining in all domains of discourse. Argument mining is a relatively new challenge in corpus-based discourse analysis that involves automatically identifying argumentative structures within a document, e.g., the premises, conclusion, and argumentation scheme of each argument, as well as argument-subargument and argument-counterargument relationships between pairs of arguments in the document. The event is being chaired by Chris Reed, and several other members of the Centre contribute to the programme committee. It is co–located with the 54th Annual Meeting of the Association for Computational Linguistics (ACL).

IJCAI 2016 Tutorial on Argument Mining
11 July 2016, IJCAI 2016 New York, US
Katarzyna Budzynska is, with Serena Villata, delivering this graduate-level introduction to argument mining at IJCAI in New York. Further details can be found at https://www.i3s.unice.fr/~villata/tutorialIJCAI2016.html. 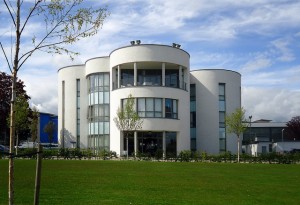 9-10 March 2015, Queen Mother Building, School of Computing Dundee.
ARG-tech hosted a 2-day workshop on practical applications and uses of technology in mediation practice. The main aim of the workshop was to bring together academics and practicing mediators to identify key challenges and avenues to solutions, in order to build a roadmap for worldwide research and development in this crucial area.

4-8 Sept 2014 Queen Mother Building, School of Computing Dundee
ARG-tech will be hosting a 5-day graduate summer school on computational and linguistic perspectives on
argumentation from September 4th-8th 2014. The main aim of the school is to provide attendees with a solid foundation in computational and linguistic aspects of argumentation and the emerging connections between the two. Furthermore, attendees will gain experience in using various tools for argument analysis and processing. The school is being held in the days before the COMMA 2014 conference in Pitlochry and will include tutorials from the conference’s invited speakers, as well as other leading academics in argumentation and linguistics. 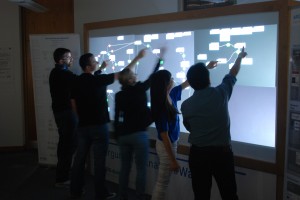 SICSA Workshop on Argument Mining: Perspectives from Information Extraction, Information Retrieval and Computational Linguistics
9-10 July 2014, Queen Mother Building, School of Computing Dundee
Submissions of position statement are invited for the SICSA Workshop on Argument Mining (see the call for papers and participation). The event aims to bridge the gap between the emerging area of argument mining and well-established areas of information extraction, information retrieval and computational linguistics. The workshop will be opened by the talk given by Prof. Marie-Francine Moens, Katholieke Universiteit (KU), Leuven, Belgium (SICSA Distinguished Visiting Fellow).

International Workshop: Arguing on the Web 2.0
30 June-1 July 2014, Amsterdam
The workshop aims to bring together philosophers, computer scientists, argumentation scholars, and experts in persuasive communication to discuss the nature and dynamics of argumentation on the Internet, how new technologies change the argumentative practices of users, what skills and expertise become critical in such a new info-ecology, how ICT can be used to foster rather than hamper critical reflection and debate, and what implications this should have for education, societal change and policy making. A selection of all accepted papers will later be published in a special issue of Philosophy & Technology, in revised and extended form. The workshop will take place right before the 8th ISSA conference.

First Workshop on Argumentation Mining
26 June 2014, ACL 2014 Baltimore USA
The goal of this workshop is to provide the first research forum devoted to argumentation mining in all domains of discourse. Argumentation mining is a relatively new challenge in corpus-based discourse analysis that involves automatically identifying argumentative structures within a document, e.g., the premises, conclusion, and argumentation scheme of each argument, as well as argument-subargument and argument-counterargument relationships between pairs of arguments in the document. The event is co–located with the 52nd Annual Meeting of the Association for Computational Linguistics (ACL).

19 July 2013, Queen Mother Building, School of Computing, Dundee
The Scottish Argumentation Days support the surprisingly large proportion of researchers in argumentation who are in Scotland. With large groups at Aberdeen and Dundee, and others at St Andrews, Heriot Watt, Edinburgh and Glasgow, the workshops are an opportunity for informal discussion, exchange and planning. The most recent SAD was hosted by ARG:dundee in the Summer of 2013.