€1.5m for a ‘Deliberation Laboratory’ 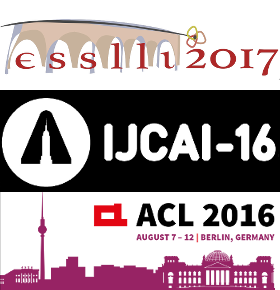 Members of the Centre are delighted to have been able to contribute to tutorials not only at both IJCAI 2016 in New York and, a couple of weeks later, at ACL 2016 in Berlin, but also, the following year, at ESSLLI 2017 in Toulouse.

If you are interested in argument mining and related topics, do take a look at the websites and consider joining us at ESSLLI.